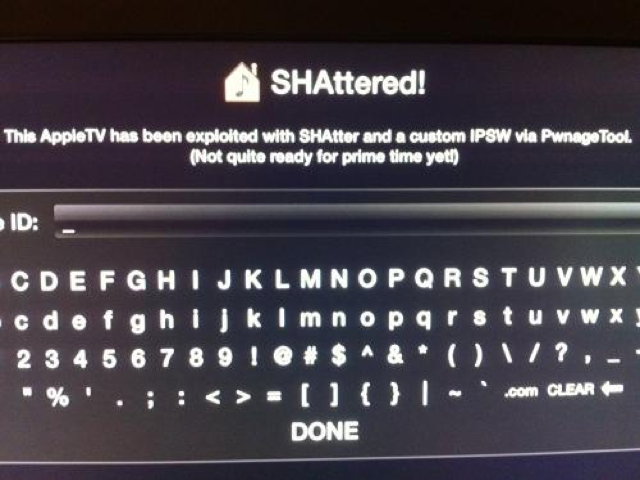 Not too long ago (just a moment ago) I told you Apple TV could be jailbroken using the SHAtter exploit. Yesterday, I heard that the device can be restored in iTunes, which meant the race to jailbreak Apple TV could begin. Now, 9to5Mac has just noted that an Apple TV jailbreak has been achieved, by none other than MuscleNerd himself.

MuscleNerd released this screenshot in the above image, As you can see, this Apple TV jailbreak isn’t ready to go even in Alpha yet (it’s basically three steps down from alpha. If anyone know what that is leave a comment and you MIGHT get a treat) nor can it run apps. But, it won’t be long until MuscleNerd puts together a public release.

This entry was posted in Uncategorized and tagged apple, jailbreak, new, news, release. Bookmark the permalink