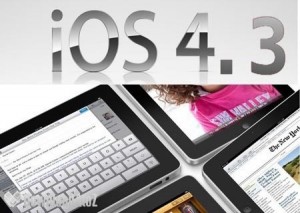 I recently had a “interview” with the people over at the famous addicting game We Rule. You all know I’m addicted to We Rule and with the launch of the Mac AppStore I was very curious if they would release a version for the Mac. I would love if they did that, so I tweeted them (that’s how I start most interviews) I asked them if they were thinking about or working on We Rule for the Mac and they replied back with this.

@connerowen We’re taking at look at the new platform – more details when we have them.

So this means that most likely that they will release a version for the Mac soon. So if you addicted to We Rule like me and have a Mac, You will be soon able to play We Rule on the Mac.

If you want to add me on We Rule my gamer tag is connerowen
I always accept all orders as well.

Apple may have canceled the white iPhone 4 altogether, according to a new report from BGR.

According to a previous source of ours, we have been told that Apple in fact has no plans to release the white model iPhone 4. Our source hypothesizes another “delay” communicated around March leading us into an iPhone 5 release time-frame in June / July. Something interesting is that manufacturing sources our contact has are keeping quiet on the matter, not confirming that this was in fact a manufacturing issue at this point, but that there might be something else going on behind the scenes.

Apple announced yesterday that the device would not be available until spring 2011.

Office 2011 for Mac, the latest version in Microsoft’s workhorse suite, is now available at your favorite retailer or Microsoft’s web site. In this version, Visual Basic macros are back, but Entourage is out. Entourage has been replaced with a brand new, all-Cocoa version of Outlook.

One warning, though: If your enterprise still uses Exchange 2003, you can only set up Outlook to access Exchange via IMAP. Also on the list of current gripes is the lack of calendar sync with MobileMe. Microsoft said it rewrote the entire Sync Services component from scratch, and that just didn’t make the launch window.

Even though 2011 incorporates the ribbon interface from the Windows version, Microsoft has tried to tailor the suite for the Mac, says Eric Wilfrid, general manager of Microsoft’s Office for Mac team. “From day one, we focused on making the user experience be both Mac-like and recognizably Office,” Wilfrid says. “Over many, many years, we’ve figured out different ways to make sure that the end product is something that we as Office and Mac users would want to sit down in front of every day and depend on to do our work.”

There are quite a few things I’m looking forward to in Office 2011. PowerPoint has a new dynamic reordering feature making it easy to move items between layers — before the only way to handle this was using the awkward and dated “Send Backward” and “Bring Forward” commands; Visual Basic macros, eliminated in Office 2008, are back; Word now has a built-in equation editor; Finally, early reviews indicate the suite is much snappier, a welcome improvement over the often-lethargic Office 2008. I’m also hoping that the ribbon will work just like it does in Office 2010 for Windows and that the UI and UX both are as good as they are in Office 2010.

Office 2011 is available in the following versions: Microsoft Office for Mac Home & Student 2011 (does not come with Outlook, $149.99); Microsoft Office for Mac Home & Business 2011 (includes Outlook, 279.99); and Office for Mac Academic 2011 (includes Outlook, $99.99). I’m especially happy about the last version. Getting the educational version of Office usually wasn’t available at launch. As a student, I’d have to wait until after launch to take advantage of the discount, but not any longer.

Not too long ago (just a moment ago) I told you Apple TV could be jailbroken using the SHAtter exploit. Yesterday, I heard that the device can be restored in iTunes, which meant the race to jailbreak Apple TV could begin. Now, 9to5Mac has just noted that an Apple TV jailbreak has been achieved, by none other than MuscleNerd himself.

MuscleNerd released this screenshot in the above image, As you can see, this Apple TV jailbreak isn’t ready to go even in Alpha yet (it’s basically three steps down from alpha. If anyone know what that is leave a comment and you MIGHT get a treat) nor can it run apps. But, it won’t be long until MuscleNerd puts together a public release.

DigiDNA recently updated TuneAid to version 3.6 which adds support for the iPod nano 6G, minor bug fixes, as well as fixing some stability issues. TuneAid is a software that allows the user to easily transfer music from an iPhone, iPod, or iPad straight into iTunes. You can download it HERE for $17.43. For 30% off, simply download TuneAid from http://www.digidna.net/techgeec

The Mobile Me Gallery App just received a small but cool update.

Like I said small update but it is mostly news worthly because of the universal app part.

Now all we need it the Apple Store, Keynote Remote, and the Texas Hold’ Em app to be universal and then were good to go!

Great news, Twitter fans! The official Twitter application, which we’ve known and loved on our iPhone handsets for some time now, has just gone universal. A recent update (version 3.1, which was released today) means iPad owners can now use the app on their 9.7″ iDevices.

And, as you can see from the screenshots below, the familiar app looks markedly different on the iPad. First up, it takes advantage of the iPad’s screen brilliantly. Twitter on the iPad displays your timeline in the center of the screen, adding helpful lists at the side when in landscape mode. By tapping on any tweet, related content will open in the foreground. By sliding panels, you can swiftly navigate through this content.

In addition to this, users can pinch on a tweet to reveal information and further actions. A two finger drag opens up a list of reply options. These new features are simple but very helpful, and we’re sure you’ll really appreciate them.

So, the ultimate question: was Twitter’s universality something worth waiting for? In my opinion, yes, it was. And, let’s not forget this is a free application, so you have no excuse not to download it!

Twitter (for iPhone and iPad) is available now in the App Store for free! Let us know your thoughts on the app in the comments box at the bottom of this article.

All this fixes is the PDF Exploit and nothing else. So if you require a jailbreak or unlock do not upgrade. I read the terms and that is all that is in the new update. It is available for All iDevices.

It might have taken some time, but Apple just got around to finally pushing out a new version of iOS that fixes the recently revealed exploit that allowed the jailbreakme.com jailbreak.

That’s all it really does, so there isn’t much to be excited about. It comes in two flavors: 4.0.2 for the iPhone and 3.2.2 for the iPad. Should you install it? Well, it’s hard to say. On one hand, it will kill your ability to jailbreak, at least for the time being. Which is unfortunate. On the other hand, it fixes an important security hole that could be exploited by some hackers to do who-knows-what to your iDevice. The decision is yours.

I have not had time to download Safari 5.0.1 yet but here is what CNET said about it.

“Apple has released an update to Safari 5, which addresses a number of issues with the initial release, including the problem with black backgrounds appearing when generating mail attachments with scripts, and the potential security vulnerability with autofill that was recently uncovered. In addition, the program has a built-in link to Apple’s new extensions gallery for people to download and install extensions.

The update is a 47MB download and is available through Software Update or as a standalone installer from the following web page:

In addition to the black background bug (which Apple mentions again in this knowledgebase article), Apple has fixed the recent autofill bug that posed a security threat for websites that could automatically get personal information from the user’s address book, so if you have turned off autofill because of previous reports, you can turn it back on after applying the 5.0.1 update. Other security fixes in this update are listed in this security bulletinregarding the update.

In addition to the security fixes, Apple addressed compatibility issues with various websites including RollingStone.com, Facebook.com, and Crateandbarrel.com when using Safari Reader, Flash, and when performing other functions like printing.

The Extensions gallery is quite intuitive, and installing extensions is as easy as browsing for them and then clicking the “Install” button. Once clicked, the extension will appear in the Safari toolbar immediately and be ready for use. While extensions can easily be installed through the gallery, the only way to manage and remove them is through the Safari preferences section for the extensions.

A full list of the changes in this update are the following:

Apple has also released Safari 4.1.1 for Tiger users, which fixes similar problems and can be downloaded via Software Update or from this web page.”