Provided by TechCrunch.com
…One of our sources in Asia say that Apple has placed an order for a massive number of camera modules of the type that they include in the iPhone. These are inexpensive cameras, in the $10 range. And the size of the order, our source says, means they can only be used for one thing – the iPods.

Update: Macrumors features two images of cases that are supposed to be designed for the upcoming iPod Touch and iPod Nano, and suggest that the next generation of said devices will indeed include a camera.

Putting a camera in the iPod touch, which uses the same operating system as the iPhone, is a logical next step for Apple. But the order size is supposedly so large that some people in Taiwan are speculating that Apple may be planning to put cameras in the lower end of the iPod line, too. “Everything but the Shuffle may have a camera in it soon,” says our source… 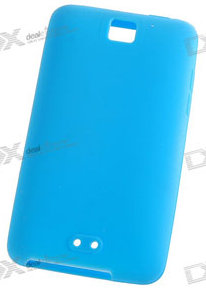 8 Responses to iPod Touch 3G to have a Camera?