As I’m sure most of you know, the iPhone SDK is the official program released by Apple to create iPhone and iPod Touch applications. What is completely ridiculous about this, though, is that Apple did and still does decide to only keep it available for Mac OS X. Although it is possible to run it on a Hackintosh, it is impossible to run it on a genuine Microsoft Windows machine (let alone Linux…).

Beginning in March of this year, a so-called Swedish “Development Team” went to work developing an iPhone SDK compatible with Windows (WiSDK). They have gotten an immense amount of attention for this. I had my hopes up for this to be released so that I could go ahead and start developing applications (I will never buy Mac) on my PC. It was supposed to include an environment of development code, an IDE for design interfaces, an iPhone simulator, and a compiler to prepare your applications for the distribution via platforms as Apple AppStore, Cydia, or the others. Sadly, today on the WiSDK website, the Swedish team announced that it was all a fake:

It was time to stop the rumors. This Windows SDK project is a fake. Sorry…

This SDK for Windows made the buzz! 384 articles on blogs and websites were worldwide counted.

We are nevertheless very pleased to see the number of people interested by this project. It was to show to Apple the interest of this Windows SDK iPhone. We hope that will be really considered. Thank you all for the emails of encouragement we received.

This WiSDK project is for sale, for the brave and talented developers. To see are functioning, and how in it was creates.

Contact us to make an offer, or to offend us. We are not expensively.

Here are the only screen shots that the “dev team” released: 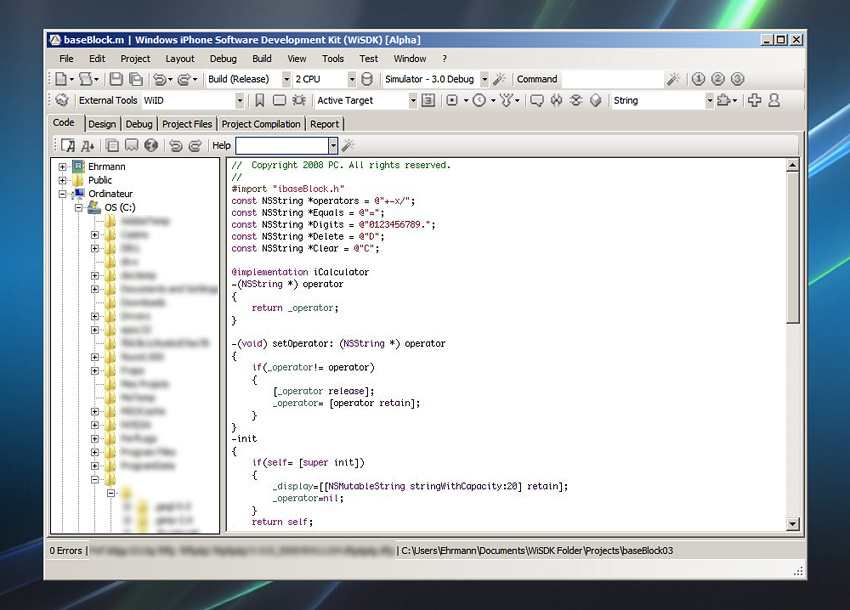 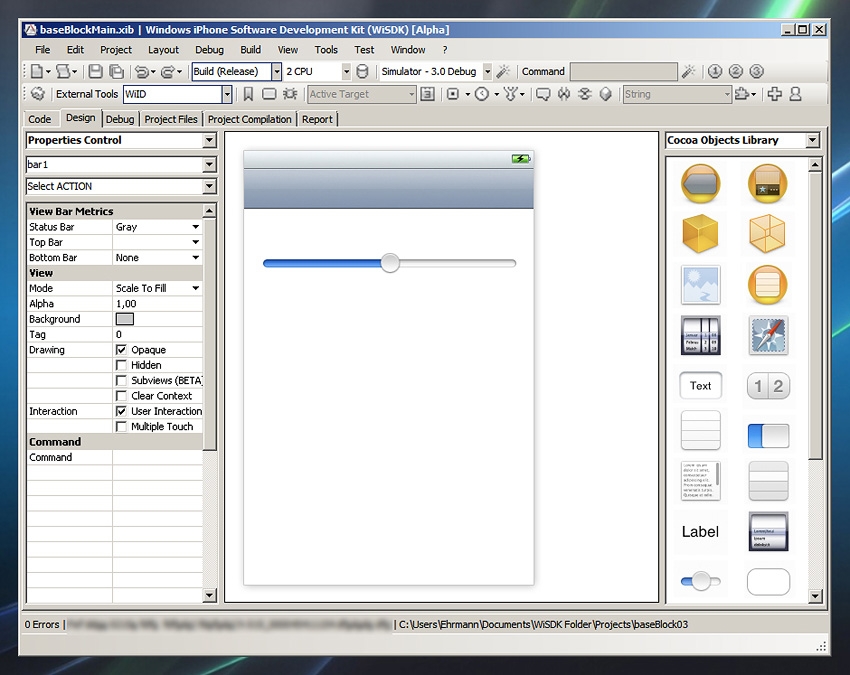 I am extremely disappointed about this but they did make a good point. With close half a million emails sent in in 5 days to be a beta tester, this shows how many people are interested in this and hopefully Apple will decide to launch a Windows based iPhone SDK (although I doubt it). It is most likely not going to happen for various reasons. Mainly, the iPhone and iPod Touch OS is a modified/”watered down” version of the Mac OS X. That means that the coding in iPhone applications is similar to Mac applications which will make it extremely difficult to develop iPhone apps on a PC. Secondly, even if you don’t want a Mac, you can buy a Mac Mini for $599 and sell an application for $0.99. Because Apple takes 30% of the profit you really only need to sell the app at least 900 times to break even and there are millions of iPhone and iPod Touch users.

In my perspective (I’m not trying to persuade anybody into believing what I believe), Apple is too closed minded that they would rather lose sales on applications instead of releasing a Windows based iPhone Software Development Kit (SDK). This has been my problem with Apple for years and this is a big reason why I won’t spend over $1,000 on a Mac (excluding the Mac Mini). All I can say now is that I hope Apple will take this into consideration or that real developers will decide to actually make a real WiSDK.