Now that more and more people are switching from PC to Mac more and more people are losing their iTunes libraries. CopyTrans TuneSwift from WindSolutions solves this problem easily and efficiently. The program has an easy to follow, simple UI from which you can choose to backup, restore, or transfer your iTunes library and all you need is an external hard drive or flash drive. This video will demonstrate how the program works:

Well, this is the “big” announcement that we were waiting for. On Tuesday, November 16, 2010 Apple announced that The Beatles are now on iTunes. You can download your favorite songs from all 13 of The Beatles’ original studio albums or download the complete box set HERE.

Unfortunately, iOS 4.2 has not yet been released and most likely won’t until around the 24th of November. Of course, this does come as a disappointment to many of us but to those who love The Beatles and downloading music via iTunes, I suppose it’s a joyous day for them. Stay tuned to TechGeec.com for all of your most needed updates.

The best thing to happen to fandom.

The visual experience of the record album returns with iTunes LP. Download select albums and experience a beautifully designed, interactive world right in your iTunes library on a Mac or PC — many are created by the artists. While you listen to your favorite songs, you can dive into animated lyrics and liner notes, watch performance videos, view artist and band photos, and enjoy other bonus materials. And become an even bigger fan.

iTunes makes it easier to share music, movies, TV shows, and more. With Home Sharing, you can browse the iTunes libraries of up to five authorized computers in your house, import what you like, and automatically add new purchases made on any of the computers to your own library.

Check out the new venue.

The world’s #1 music store is even better. With a beautiful redesign and refined navigation, the new iTunes Store makes it easy to explore songs, movies, TV shows, and more.

When you buy select movies from the iTunes Store, you won’t get just a movie. You’ll get iTunes Extras — a world of special features you can experience right in your iTunes library. Watch interviews and trailers, view photos, and more on your Mac or PC.

Meet Genius Mixes. This new feature searches your iTunes library, finds songs that go great together, and creates multiple mixes you’ll love. All automatically. These mixes are like channels programmed entirely with your music. You may discover songs you never knew you had — and rediscover forgotten favorites.

A simpler way to sync.

iTunes brings you even better ways to manage and share everything in your library. You can make your Smart Playlists even smarter. You can save iTunes Store items you want to purchase later in a new wish list. You can buy ringtones of your favorite songs directly from the iTunes Store on your iPhone and assign a specific song to a contact. And if you’re an avid social networker, it’s easy to tout your favorite music, movies, and TV shows on Facebook and Twitter right from the iTunes Store. 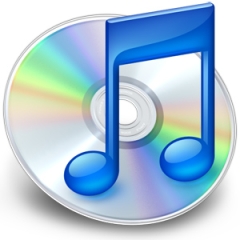